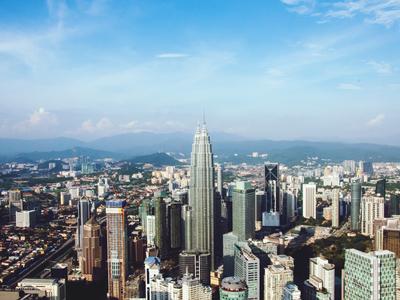 Negativ: "Boarding was delayed for 25 min and was no information for that. Otherwise everything was good"

Positiv: "crew was pushing , no time in an rush all the time"
Negativ: "service level"

Positiv: "The crew is usually really good."
Negativ: "The ground staff at Frankfurt airport was not very good. Seemed slow lazy and difficult at times"

Positiv: "The crew was amazing"

Positiv: "everything..Singapore airlines is a amazing airline !!! there is a reason why they are no 1 for so many years..."

Negativ: "Flight was canceled. They moved passengers to the Lufthansa but didn’t tell us even though we checked with the counter every 20 min. Apparently a text went out that we didn’t get"

Positiv: "Lie-flat seats in business class"
Negativ: "4 hrs delay due to failure of Singapore Airlines to have a working plane on site at the appointed time. Even worse: chaotic deplaning with one crew member telling passengers to deplane and another yelling at them in the bridge for doing so. A mess of lines trying to get a new boarding pass for a rebooked missed connection—at the front of the line the agent said oh, you need to wait in this other line. Agents had no clue where to direct passengers and gave incorrect directions that necessitated more waiting. No updates to new flight time in the business class lounge. Once the flight was in the air, service was terrible. Attendants would ask for orders, then never bring them or bring the wrong thing."

Positiv: "all of SQ"
Negativ: "nothing"

Positiv: "Cabin crew was top notch - even in coach they could not be more accommodating and customer friendly. US airline flight attendants don’t even come close to this team that truly serviced the cabin for 8 hours continuously without the typical hiding in the back of the plane and chatting. Very encouraging that genuine care in the air is very much alive and well on Singapore Air! I will fly them every chance I get!"
Negativ: "That my flight had to end and I know my next US airline flight won’t come close to this kind of experience! Air travel doesn’t have to be a cattle herding process with peanut treats on cross country flights - shame on the US carriers - I strongly suggest they fly Singapore Air to see what true customer service feels like!"

Positiv: "crew very helpful with seating service on board also good"
Negativ: "head phones for entertainment very uncomfortable Food not to my taste"

Positiv: "It's not the cheapest way to fly but it's a great way to cross the Atlantic. Seats are big enough for 2, really. Lay flat beds make the night crossing east tolerable. You really can get several hours sleep. The cabin crew is outstanding, patient, and extremely responsive to requests. Two meals served were excellent. Entertainment choices were complete. After a number of flights in Economy on other airlines I'm spoiled by Singapore Airlines and also by Business Class. And their fares seemed much less than others for the JFK to FRA route. Had no idea this level of luxury existed on an airplane."
Negativ: "My seat assignment was moved without explanation on our return flight, FRA to JFK. That was disappointing. The gate folks were apologetic but no real explanation given."

Negativ: "Flight attendants were bot friendly, appearwd to be botheted when askes questions or requests were made."

Positiv: "Staff was polite and accommodating"

Positiv: "I dropped my scarf and only realized after I was seated. People were still boarding and I told a young man attendant and he found it and brought it to me. And he was such a gentleman too! Wish I knew his name but it was Frankfurt to JFK 835am flight on April 3rd. Thank you again!"

Positiv: "Everything was good"
Negativ: "No complaints"

Positiv: "Singapore was fine and helpful with a crazy problem JustFly created then didn’t fix."
Negativ: "JustFly billed the wrong price, then to fix that,created a new ticket with my name misspelled and failed to cancel the original ticket. We later upgrade seats via Singapore then discovered the duplicate booking and misspelling. To fix that JustFly cancelled the booking with the seat upgrade. Singapore restored our upgrade at the airport but only on one direction so we had to go through it all again."

Positiv: "EVERYTHING was great...from check in to the entire experience on board. Extremely friendly staff to delicious food and a great choice of beverages! Clean and tidy aircraft with lots of extra amenities. Pleasant flight, pleasant arrival. Always a great way to travel!"
Negativ: ""Customs" at JFK came to an entire halt. All passengers where stuck in the welcome hall for 1h, without any information, why held there and why nothing was moving forward. All CBP booths were closed, but 8 (eight!) employees, who normally direct arriving passengers to the kiosk-machines where hanging out in two groups sharing private stories and having laughs instead of at least informing passengers, what was going on. Lots of passengers where outraged...a couple in their mid 70s in front of us had to sit down on the floor, since they had circulation problems from standing in line so long. Sadly, JFK isn't what it used to be anymore."

Positiv: "wide seats. great service. on time."
Negativ: "food was not as good as one would expect."

Positiv: "That the A380 was only 70%full, resulting in me getting three seats to myself. I was able to stretch out and sleep for most of the flight. Food and service were top notch. Better value than Lufthansa or American, for the overall flight experience. You could fly cheaper, but not better, in economy."
Negativ: "Though we landed early at JFK, we had a one hour wait on the tarmac until one of the only two gates capable of receiving an A380 opened up."

Positiv: "The flight was carried out by Lufthansa. The staff was very polite and helpful."